Neglecting to change the receiver/dryer in your car can have expensive consequences.  The dryer, as the name suggests, removes moisture from the system which would otherwise damage the pump.  In a run of the mill car this wouldn’t be the end of the world but given the expensive nature of Ferrari parts, I would rather change the receiver periodically than pump ever.

First of all the cover for the brake fluid reservoir needs to be removed.

This actually reveals the the charge points for the air conditioning system which makes it easy to renew the refrigerant.

Next the gas struts that hold the bonnet up need to come off.

Pull the rubber gasket off the pollen filter housing.

The wipers need to be removed. 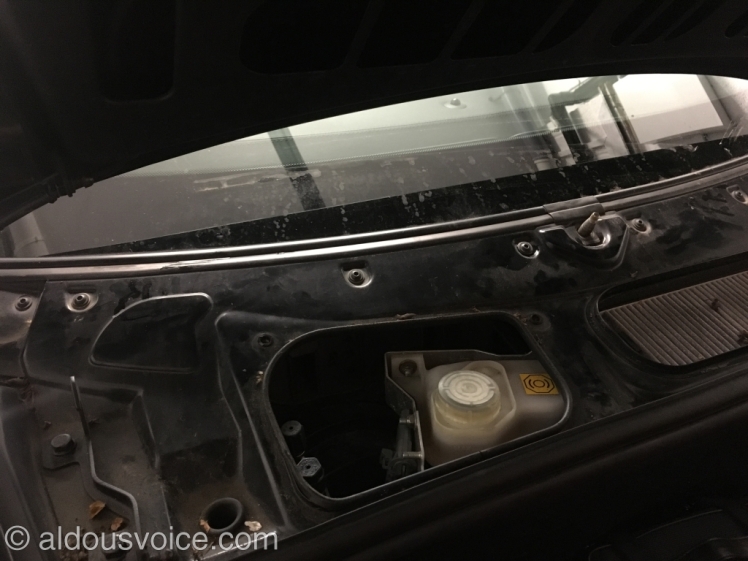 As do the brackets that the struts are fixed to.

Undo the multitude of hex head fasteners holding the scuttle panel in place.

The scuttle can then be removed.  Note that it will be stuck down so a but of force is required to remove it.

This exposes the receiver. 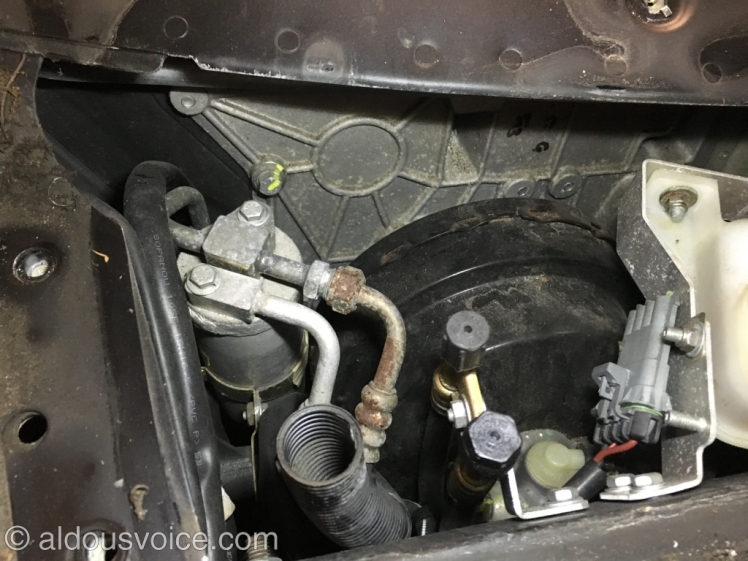 Before the receiver can be disconnected, the refrigerant needs to be extracted from the system.  Note that in the UK it is unlawful to knowingly release refrigerant into the atmosphere.

Once the refrigerant has been removed, the bolt tightening the bracket to the receiver needs to be loosened.  Note that it is easier to leave it in place than try and put it back in later. 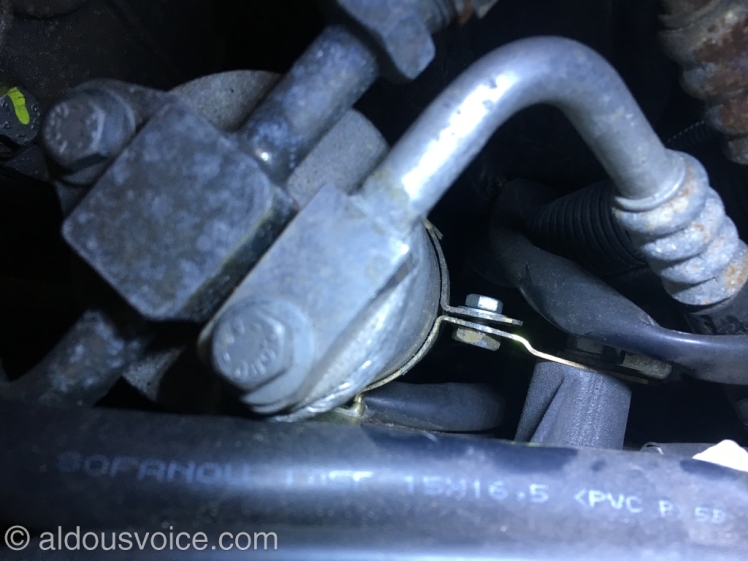 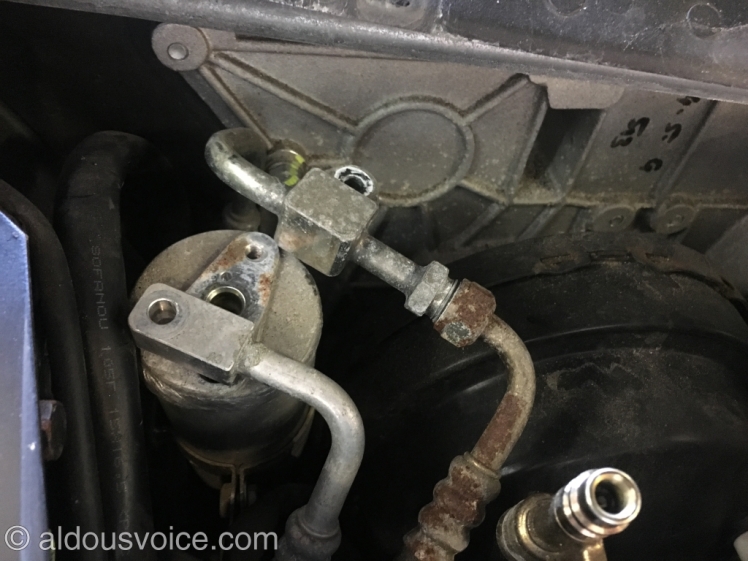 The receiver can now be pulled out of the bracket and replaced.  Use a little polyalkylene glycol (PAG) oil to lubricate the seals before pushing the fittings in.

Then it is a matter of testing the system for leaks and filling with refrigerant (750g).  The oil removed from the system should also be replaced.

Finally, all the parts removed to gain access need to be refitted.  Renew the doubled sided sticky tape/foam on the underside of the scuttle.

When refitting the scuttle, fit the drain pipe on the pollen filter side and then slide the scuttle under the windscreen seal.  I use a curved plastic scraper to get the seal in the right place.  Once the scuttle is under the seal there is enough room to fit the other drain pipe.

Of course, now is a great time to refurbish the scuttle and wiper arms….

Other posts in this category: