I managed to get a really good drive with the new car over nearly 300 miles in many different driving conditions. My first leg of the journey was on a fast A road, the weather was clear but the road was slightly damp from rain overnight. Nevertheless I managed to get feel for the car during brisk driving.

I have driven an F430 a couple of times before and my test drive of this car reinforced my initial impressions, the car wasn’t that much faster than the 360. Maybe as a die hard 360 owner I was biased after all the 360 is a better looking car and if it was nearly as fast as the F430 then why bother to upgrade?

The first part of my drive yesterday blew this out of the water – the F430 is a seriously quick car and you can tell the difference over a 360. My misconception may have been because in my previous drives I had the owner sitting next to me. Well now I’m the owner and after I had time to get a feel for the car and start to push on it just got better and better (read faster and faster!). I can’t wait to get the car onto a dry track and really see what it can do.

The next part of my journey was a long motorway drive in heavy rain. I chose not to push on and joined the general flow of traffic at normal speeds and even turned the radio on. After a short while I actually forgot that I was in a Ferrari, it felt like any other motorway journey that I had done many times before. This car is a lot more refined than the 360. It’s hard to put my finger on specifics but the overall package is a lot more comfortable. There’s no way I’d be able to forget that I was driving a 360 no matter what was on the radio!

Once I got to London I hit heavy traffic and the F1 box was just as much as a nightmare as the 360. Having said that the gear change in normal driving conditions makes the 360 F1 system seem like it was developed in the stone age. Take off from standstill is much improved – a bit of throttle and the clutch is fed in beautifully. Normal gear changes are good but when the hammer is down they feel almost seamless. I’m told that as mine is an early car the later software revisions are even better. I can believe it too – I recently had opportunity to drive a 599 on road and on track and the F1 system on that was simply awesome.

Other little improvements that I appreciated included the temperature dials in Celsius. I’m young enough to have been educated in Metric so it’s nice not to have to convert the dials into new money all the time!

So to conclude I am very, very pleased with the car. The purchase was a small stretch for me and I was concerned that I might have made a mistake. Not now, I am smitten once again but this time with a younger model… 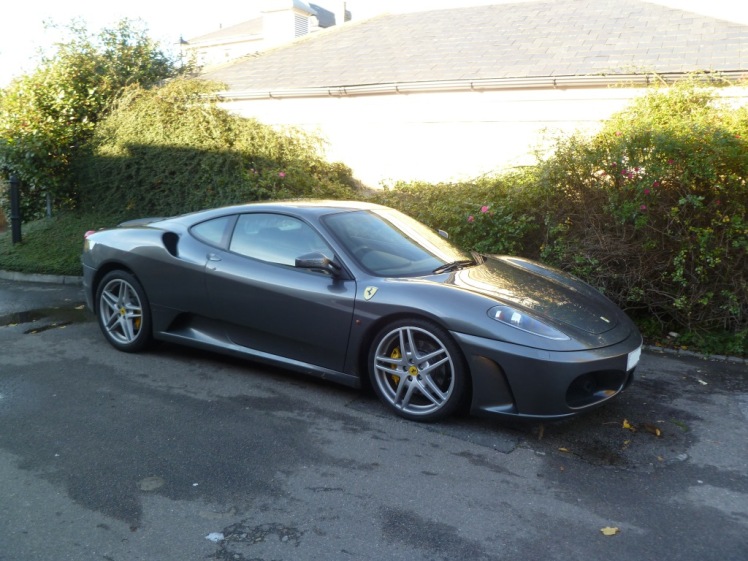