A big thanks to fellow Ferrari owner Nigel Cox for this update.  The track rod ends fitted to the 360/F430/599 models are prone to wearing out and introduce play into the steering.  This has happened to pretty much everyone I know and now I know the reason why.  In the past the only recourse was to stump up the exorbitant cost of the OEM replacements as the manufacturer, NMB, are contracted to sell the parts to Ferrari only.  Aghast at paying nearly £300 for a rose joint, Nigel decided to investigate further.

Here is a picture of a disassembled track rod end – the componant parts are a balljoint, body & rubber boot: 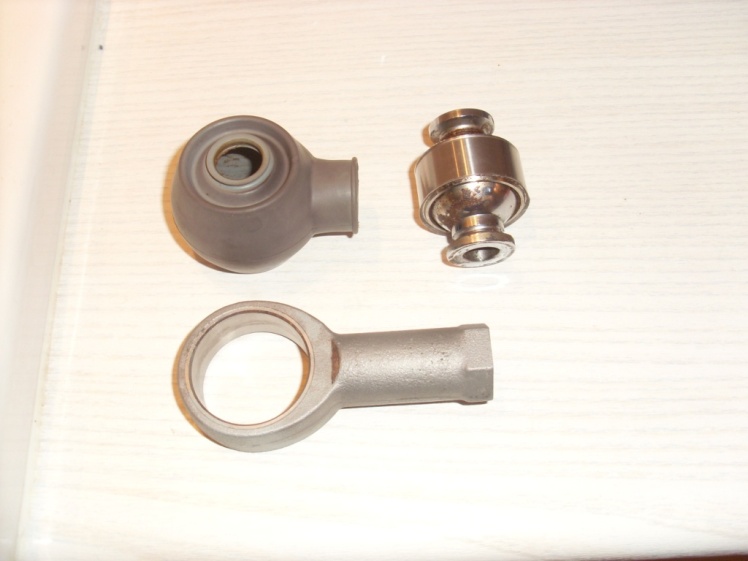 The eagle eyed of you will notice that the actual joint is the same as fitted to the upper wishbone which means that it can be serviced with Hill Engineering ball joints.  This also leads me to suspect that the mode of failure of the track rod ends is the same – the chrome plating wears off and the steel rusts, evidenced in the pictures above and below.  Here’s a picture of an old track rod end joint next to a replacement wishbone ball joint:

The rubber boot is held in place with two metal o-rings which help it seal: 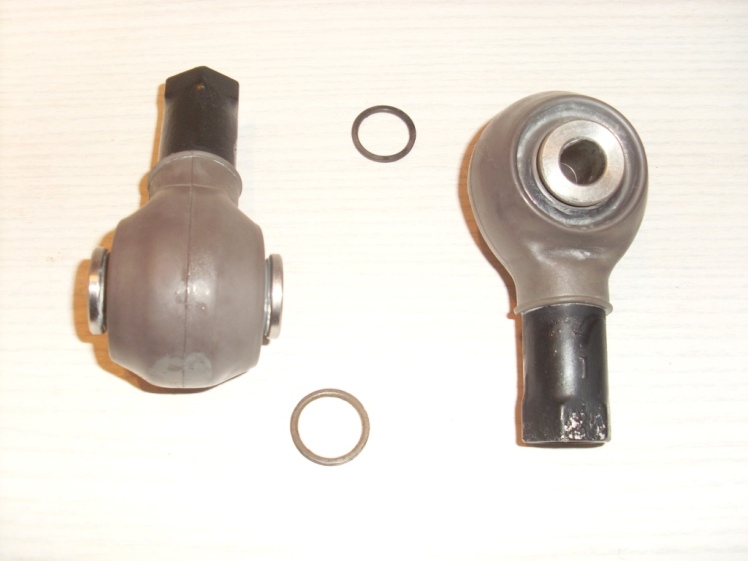 Nigel has actually taken apart a few of these and noticed that the main bodies were made from either Aluminium or Steel.  Here’s a picture of one of each material side by side:

The joint is held in place by a number of methods, some were glued and some were peened over.  In all cases a couple of appropriately sized sockets were used to press the joints out.  Heat should be applied to break any glue bond.

Nigel used the same glue as for the wishbone balljoints, Hysol EA9360, to fix the new joints in place.  With the steel bodies he also dropped a couple of TIG welds to keep the joint in place.  In my opinion, the glue should be strong enough as the main force is applied perpendicular to the plane the joint is pressed into the body.

TIG welds (note the bodies were painted black to keep corrosion at bay):

If the rubber boot is not serviceable then universal ones can be bought cheaply.  As with the wishbone joints, I recommend putting grease inside the boot to keep water out as much as possible.

Finally, Hill Engineering are now supplying aftermarket track rod ends fitted with their stainless steel joints.  I’m told these are held together with circlips so they should be truly DIY serviceable.

Other posts in this category: Suspension