This post applies to manual cars only – if you are having trouble shifting gears, or have some side to side “slack” movement of the gear stick then it may be that your bushing is worn.  Ferrari made one of the bushings under the gear stick from plastic – over time it wears out and can give problems.  Fortunately, Hill Engineering have made an inexpensive all aluminium replacement.  Link below:

This post will guide you through replacing this bushing.  It is a moderately difficult DIY task – more fiddly than anything else.

First of all you need to remove the centre console (this applies to the 360, the F430 is slightly different).  Take the gear knob off and the shift gate. Remove the ashtray, undo the hex bolt underneath and also the 13mm bolt under the leather trim at the rear. Snip the zip tie holding the hand brake gaiter on and the console can be removed. 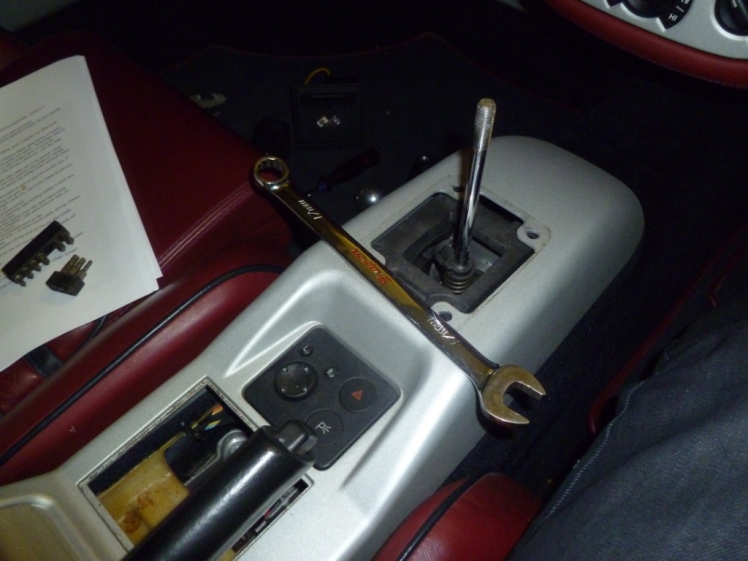 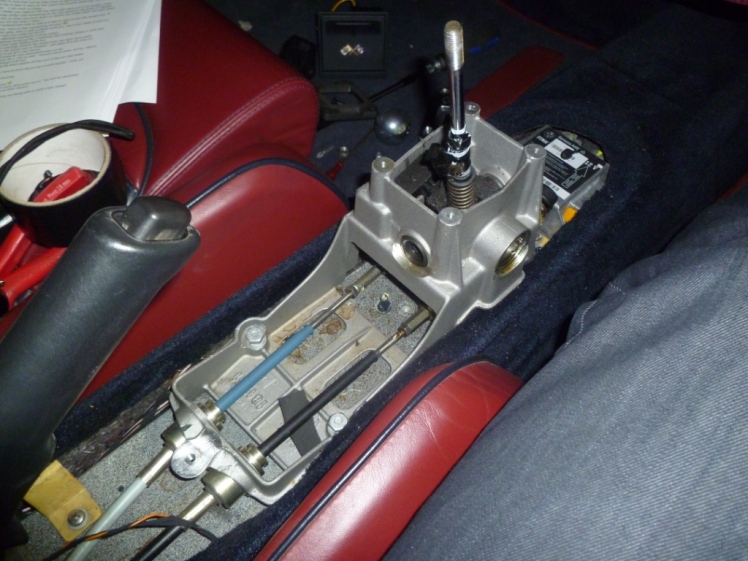 Next the gear shift cables need to be detached from the lever. The left hand one is held in place with the black plastic plug that you can see the in centre of the picture below. The right hand one needs to be prised off with brute force – I use two of screwdrivers side by side.

Undo the four 13mm bolts holding the shift mechanism to the floor so it can be moved forward and tilted.  It is possible to do this job with it bolted to the floor but I prefer the greater access. 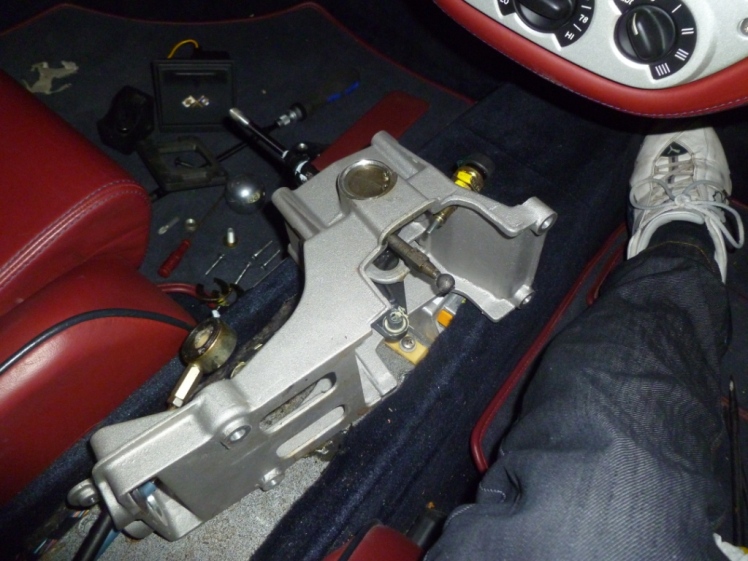 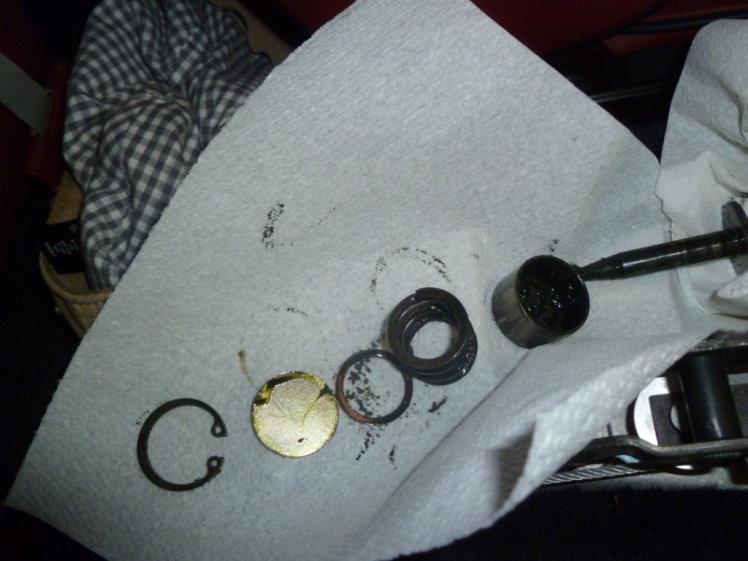 The lever then pulls free…

Drift out the pin holding the reverse protection mechanism: 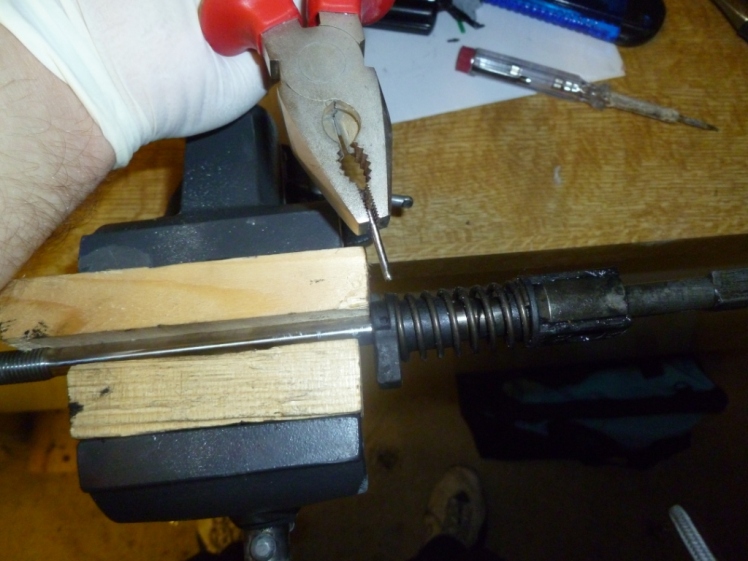 The lever can then be disassembled (the new bush is on the right). 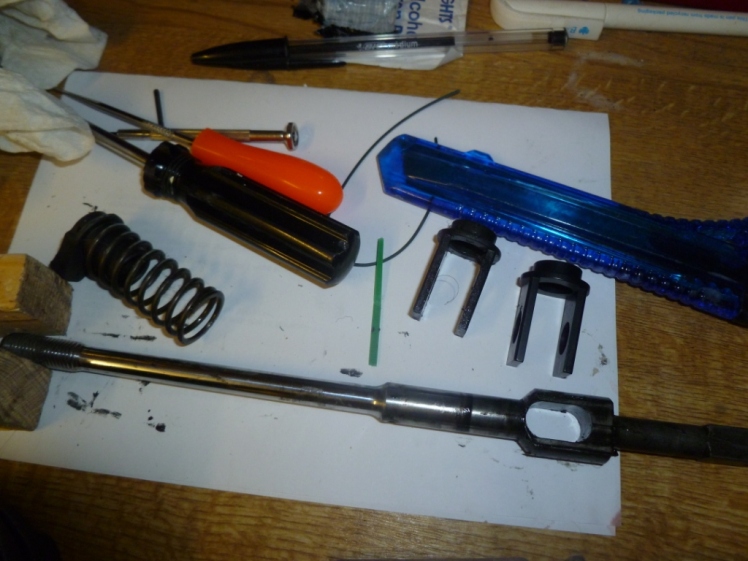 Reassemble with the new bush:

In order to fit the square plastic bush on the end of the horizontal rod I find it helpful to temporarily fit the circlip on its own and then use a screwdriver to lever the square bush back on. Re-greased everything before putting it back together again.

In order to get the spring and other gubbins back in I use a small socket and a g-clamp to compress it down before fitting the circlip.

Here’s a picture of it all re-assembled:

Refit the trim and you’re done.